And get the inaugural Wild Women ​issue here.

We are looking for empowering stories (written by anyone) whose main characters embody the Wild Woman spirit.

These can be fiction, nonfiction, or poetry—as usual, if it tells a story, it fits!

Click here to return to the Guidelines page and to enter.

If we are not owning our power, it means someone else is.
It means we have handed the controls to a third party—our partner, our boss, a parent, or society as a whole.
The result is that we perpetuate a sense of ourselves as the victim, rather than the heroine, of our lives. . . .
Victimhood is our cultural norm. It’s how women in the patriarchy are raised to feel. We have not been raised to believe
we are the source of our own power,
the determiners of our own emotional state.
But in truth, that’s exactly who we are.
​All it takes to know this, is to plug back into our radiance.

—Regena Thomashauer, aka “Mama Gena”
The School of Womanly Arts

All around the world, women are stepping forward
to invite back their authentic, creative,
wonderfully unique selves.
We are shedding the old, faded clothes of war,
domination, competition, jealousy, and repression.
We are rising like the sun, shining big and bright as the full moon. We are saying yes to the power of fierce love, compassion, constant authenticity, and vulnerability.

Ashore ​by Branden Boyer-White​
Honorable Mentions/Contributors
Abduction by Tyler Wells Lynch
Anthropologist by Bergita Bugarija​
Breaking the Seal by Marianne Leone
Carnage by Soraya Safavid
Confessions of a Skeleton Bride on Día de los Muertos by Stacey R. Forbes
Divorce Slut by Ashley Michelle C.
Elsewhere by A.L. Rowser
Georgia-Carolina Bridge, in a Floor-Length Dress by Amy Richerson
Magic by Janet Ruth
Monarch by Emily Jon Tobias
Nightflight to Venus by Sarah Kontopoulos
Of Lavender and Mint by Phyn Vermin
On the Descent by Vanessa Baehr-Jones
prophecy by Jess Luna
Softly by Mary Pauer
Tattoo Poem by Maria Nazos
The Wife by Charlotte Edsall
Vessels of Light by Sandra L. Meade
Visiting the Queen by Barbara Tylla
What I Took from the River by Anja Semanco
What if We Were Named After What We Bring Each Other? by fenestra
What to Expect When You’re Quite Certain You Don’t Want
to Be Expecting by E. Marla Felcher
Yellow Footprints by Allison Fischer
You—& My Abstract Theory of You by R.J. Keeler

Grand Prize
The Girl Who Visited the Alligator Queen by Couri Johnson
Honorable Mentions/Contributors
​A Distant Home by Nan Jackson
​A Married Woman Walks into a Bar by Lucy Jane Bledsoe
A Selkie’s Tale by Hannah Yang
Ann, Without by Broderick Eaton
Beyond the Mountains by Mahalia Solages
Bone Memory by Melissa Min
Boxes That Won’t Fit by Heather Anderson
Bruised Ego Trip by Becky Jensen
Dust and Blood by Janet Ruth
Gretel’s Revenge by Sue Storts
Hooves at the Precipice by Jacqueline Sheehan
Inviting Her In by Peter Young
Maintenance by Kristina Van Sant
My Old Kentucky Home by Ellen Pauley Goff
On the Outside, Moving On by Nora Bonner
pretty by Sophia Slattery
Resurrection Mary by Kipling Knox
Saint Iriana, the Cow-Herder by Red Hawk
The Hunt by Anne Morales
The Nature of Her Identity by Jude Rittenhouse
The Obituary I Wish I’d Written by Brooke Herter James​
​To Auckland by Mellisa Pascale​
​​To Helen and River of AA by Lila Quinn
Too Big For My Britches by Sarah Kotchian
Untethered by Mary Kate Wilcox
Women Arise Now ~ Water to Fire by Genét Bosqué

2020 WINNERS
Grand Prize
​Eve: I Did It on Purpose by Melina Vanchieri
Honorable Mentions/Contributors
28 Days by Alyea Pierce
A Well-Cut Coat and Bright Smile by Patricia Schultheis
Choices by Pamela O’Hara
Climbing the (White) Ladder to Success by Leeanne R. Hay
Every Witch a Woman by Natasha Ayaz
Exonerves by Lisa Fransson
Femininity & Pleasure: Observations on Wingfire by Jessica Burdg
Free by Jacqueline Gryphon
Genesis by Yael Hacohen
Hercules by Anil Classen
I Want to Teach Camille by Jessica McDougald
In Love by Vlada Teper
on the day i shaved my head by Kaitlyn Zeran
Phoenix by Thea Swanson
Rewilding by Tracy Rose Stamper
Rice Wine and Blowdarts by Bonnie J. Morris
That Kiss by Sue Staats
The Day I Flew by Mariah Julio
The Renovation by Vanessa Park
Your Daughter Is a Full Moon by Sabrina Strand

The Missing Jesus by Neta Harris

Honorable Mentions/Contributors
A Lingering Vision by Henry Heitmann​
After the Hunt by Gwyndolyn Neuwirth
An April Night by Vanessa Rowan Whitfield
At the Edge of the Earth by Kara Thompson
Bleeding Heart by Kesi Augustine
Bounced from Bunco by Nicole Tichon
Customs by Nancy T. McGlasson
Drama Queen by McKenzie Moser
Headline: Rival Gangs' Mothers Unite for Peace by Juley Harvey
How I Survived a Night with a Serial Killer by A. C. Bosco
How May Cracked Open the Universe by India Choquette
January 1 by Suzanne J Chick
Officer of Adaptation to Climate Change by Dean Gessie
Ornithology by Janet Hilliard-Osborn
Questions by Rachel Weaver
Revival by Kathleen Gerard
Shedding Skin by Erica Tolin
The Girl They Gave to Winter by Tina Blade
Truth or Consequences by Samantha Beaty
Woman Off the Grid by Sandy Lender 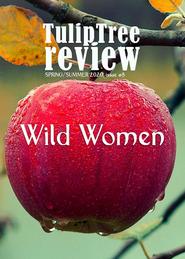 Get the latest
issue here. 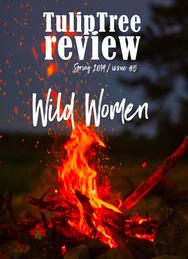 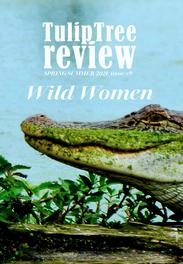 Stories let us empower others. 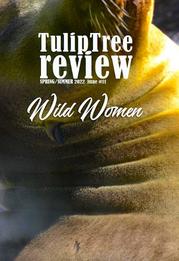